With this year’s annual conference in San Antonio in the rear view mirror, I have had time to reflect on the experience. From my perspective, the conference somehow had an atmosphere that felt grand and intimate. This type of setting really brought out discussions and connections that aren’t possible at larger venues or in the virtual world. On the last day of the conference, a notable attendee declared the event as “irreplaceable”.

A Peek Behind the Scenes

As an employee of DirectTrust, I was able to see behind the curtains of this year’s conference more than a typical attendee. The amount of planning and execution required to run a successful joint conference between Civitas and DirectTrust with our relatively small teams was truly extraordinary to witness. Most of the coordination began many months ago. I arrived on Sunday, the official start date, but our friends pulling the levers were grinding days before to ensure everything started without a hitch. I would also like to give a shout out to the hotel staff who really nailed it and were a pleasure to work with. Furthermore, I think I developed more of an appreciation for the hospitality industry. At the end of the day, DirectTrust wants our conference “guests” to see value and enjoy their stay (and want to return), which takes a ton of work and patience.

Sunday’s “Unconference” sessions kicked us off with a really engaging and effective format. There were three choices of sessions in the first time slot:

As someone who sits mostly on the nerd scale, the process of elimination led me towards the Technology and Standards group. This hour felt like being back in school for a group project (in the best way possible). We broke off into groups of strangers to brainstorm how to solve the world’s problems. We nervously joked about who would be our group’s scribe. Somehow, it was determined that I had the best penmanship (if that was indeed the case I pity the rest of you).

Our group hit the ground running with amazing ideas and thoughts. I was struggling to keep up. Going from memory, our key takeaways were that our industry should focus on creating use case specific standards that are enforceable rather than just creating more standards for the sake of it, “quality over quantity”. We also hoped to see technical standards or frameworks have less “optional” fields to drive towards more standardized implementations. The technical side of our businesses can’t be as effective if their interoperability partners are using the same “standard” in name only with wide variability in data, for example. Interoperability starts to break down at its weakest links.

All of a sudden the session time was nearing the end and it was presentation time! Our introverted group struggled to identify a scribe so I think we were all quite relieved that Kyle Neuman from DirectTrust bailed us out and agreed to share our findings with the class.

The informal setting was a great icebreaker that brought out the best in all of us. For the rest of the conference, our group stopped and chatted whenever we ran into each other in the halls. Without the Unconference, our paths might not have crossed in a meaningful way. A true networking effect.

Sunday’s reception was a much needed reprieve after a long day of travel and chatting. Myself and someone who will remain nameless were the first to visit the bar. The drinks were on point. With a mariachi band in the background, the stage was set for more casual conversations and networking. For me personally this was a first chance to meet many people that I have worked with closely over the last couple of years. In the age of a work from home lifestyle and a pandemic, I don’t think it can be understated how valuable these interactions can be for both relationships and business.

Monday came fast and it was time to tidy up the booth for visitors. Kyle and I were “booth boys” for most of the remaining week. We had great conversations at the booth throughout the trip. We talked to future new members and Workgroup participants, just interesting folks in general, and even held regularly scheduled meetings from our day jobs (but in person for the first time). Who would have thought that the booth was a great place for anyone to come talk to DirectTrust and vice versa?

One of the coolest things I saw over the week was witnessing several business partnerships form in real time. I think we even played matchmaker a couple of times after hearing what solutions “person A” was working on and later learning of a related problem “person B” was struggling to solve. Outside of an appropriately sized conference, person A and B might have never had the chance to pair up. As a not for profit trade association we are able to bring representatives from competitive industries together in the same room. Prior to working at DirectTrust, I don’t recall ever having those types of opportunities. Everything was always siloed and internal. Any interactions with competitors were always guarded. I like to think that being a DirectTrust member and contributing in any of our many Workgroups or Consensus Bodies is one of the best ways to make these types of connections.

Looking Forward to Next Year

I have to agree – #Together4Health2022 was an irreplaceable event. I got a lot of value out of the education and networking at the conference, and I know most others I asked did as well. If you attended, make sure to take our conference survey so we can continue iterating and improving our event. I look forward to seeing everyone again next year. 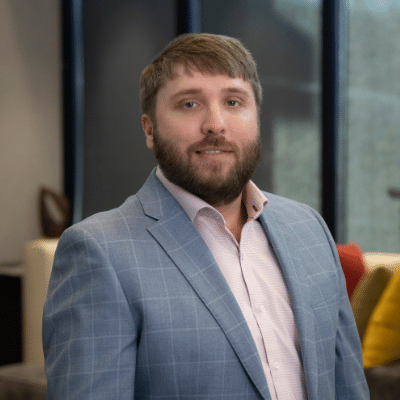